RtBrick's Route Reflector is a web-scale route reflector server that allows to scale to hundreds of millions of routes, without the need for a huge mesh of BGP connections.

It runs as software on your choice of commodity hardware. RtBrick's FullStack routing software is a new way to build and run your network, applying a cloud-IT approach to deliver routing software that is more robust, more controllable and costs far less than a conventional network. 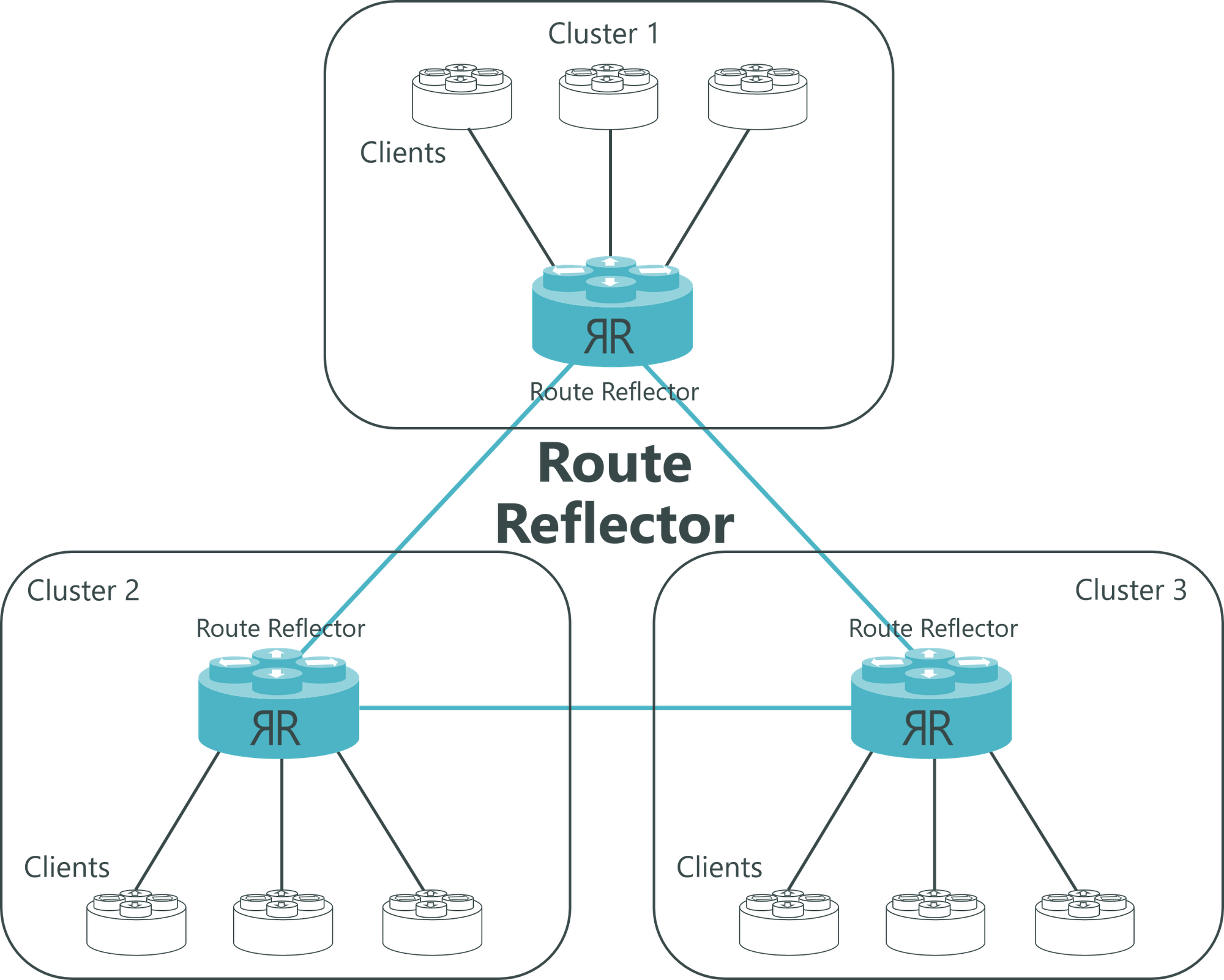 A Route Reflector is used to share routes between autonomous clusters of routers, which can operate independently withing their own networks.

From Carrier-Grade to Web-Scale – taking the Internet-native approach

Rather than try to build an unattainable flawless system, we’ve taken a web-scale approach and focused on self-healing systems. Our modular code and single state database makes it easier to scale and contain risk, and it’s inherently simpler to control.

You can manage your whole network from a single browser window, using the RtBrick Management Suite. And you get automation straight out-of-the-box. Simply power-on your bare metal switches and they will self-register, download the correct software image, discover their topology and all microservices self-start. Automated software version management reduces risk of human error, and new microservices can be updated and tested independently of other operating software. The system also includes tools to simplify repair, such as ‘clone a switch’ for zero-touch replacement of broken hardware. And there’s in-depth alarm and status management, with thresholds and abnormalities automatically flagged: from data rates to fan speeds. You can glue this into your existing OSS using REST and RPC APIs, such as gNMI (Google Network Management Interface).  The cost will be significantly lower than traditional systems.

*may include some roadmap features

RtBrick's Full Stack routing software can operate on many commodity computing platforms, depending on your performance and requirements, such as the HP Proliant DL380 ILO.