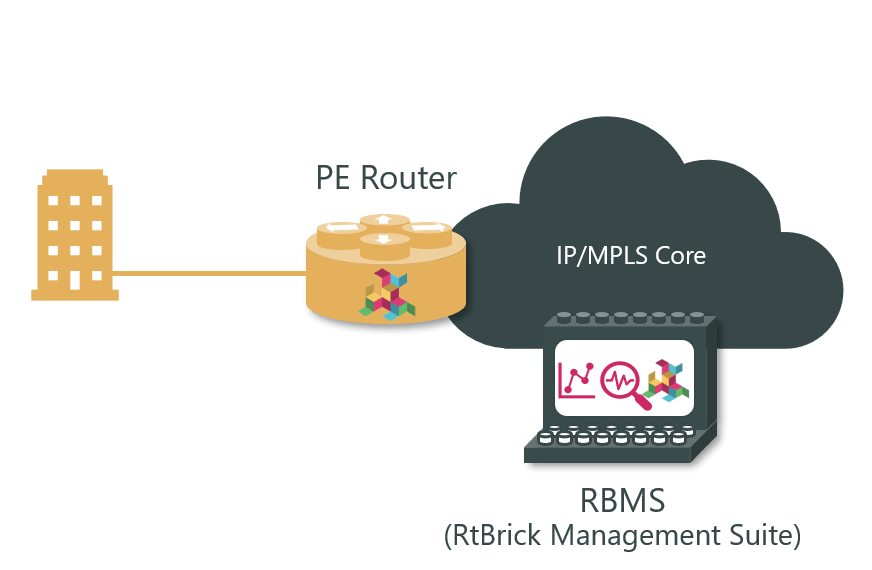 The RtBrick PE Router is delivered as a software container, packaged out-of-the-box with the Open Network Linux (ONL) provided by the hardware SKU manufacturers, which handles peripherals such as LEDs, temperature sensors, and so on. There are no dependencies on either the kernel or the hardware platform components, so RtBrick’s containers can be run on the Linux version of your choice. The RtBrick PE Router software can run on either an x86 server, or for most carrier-scale deployments, on low-cost but powerful bare-metal switches.

RtBrick’s PE Router software is compiled for your specific use-case, using only the features you need. With an order of magnitude fewer lines of code, and a single state database rather than hundreds, the whole system is less complex, less prone to bugs and has much faster restart times. It also allows you to pick and mix between the latest silicon and the best available software.

The PE router's capacity can be scaled down to a single RU bare-metal switch, or even an X86 server, or provided in a scale-out architecture called a Point-Of-Deployment (PoD).

A large-scale PoD consists of a layer of PE Leaf Routers and a layer of Spine Routers in an auto-provisioned CLOS topology. The PE Leaves deliver service management functionality and the Border Leaves provide connectivity to the core of the provider network. The leaves can be scaled out horizontally to increase the number of customer connections supported on the PoD, providing a pay-as-you-grow architecture. For smaller PE routers, Spine and Leaf functionality can be collapsed onto a single hardware platform.

L2 Cross Connect (L2X) allows your RtBrick PE Router to also act as a service cross-connect, routing each customer connections to the appropriate network infrastructure, and extending the life of your high-cost legacy routing systems, for example.

The result is a PE Router that can be managed using the latest Web2.0 tools through a ‘single pane of glass’, with Zero-Touch-Provisioning.