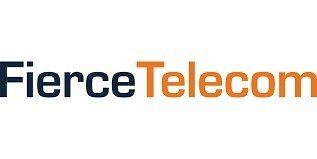 This article was published in Fierce Telecom on May 20, 2020. You can read the original article here

With SEBA, functionality that traditionally ran on chassis-based OLTs and on BNG routers is run in the cloud while the hardware is a collection of white-box optical line terminals (OLTs), switches and servers. SEBA blends together the collection of open source hardware and software into a comprehensive platform that exposes northbound FCAPS interfaces, making it easier to integrate a SEBA POD with an operator’s OSS/BSS system.

ONF’s Virtual OLT Hardware Abstraction (VOLTHA) open source software project, which is a component of SEBA, abstracts a PON network to make it manageable as if it were a standard OpenFlow switch.

Connect Open Broadband, which is built on a cloud-native micro-services architecture, allows for the addition of new network functions on demand and "delivers a path to automated and simplified network operation," according to Radisys. The programmability, automation and improved network visibility enables better fault detection, faster service delivery and future-proof network expansions.

The architecture works with the Broadband Forum’s OB-BAA architecture by conforming to the standard YANG models with the Northbound Interface (NBI). The solution is access network agnostic across GPON, XGS-PON and NG-PON2.

“In the digital era where high-bandwidth services and pervasive connectivity are required to meet subscriber expectations, service providers are rethinking how they build their networks to meet demand with optimal performance and value,” said Radisys' Harris Razak, senior vice president of broadband access, in a statement. “Connect Open Broadband is a commercially ready, network--hardened solution that allows service providers to enable rapid innovation through disaggregation and to bring new services to market faster.”

A spokesperson for Radisys said Connect Open Broadband was in a trial with an unnamed Tier 1 service provider. At the end of last month, Adtran announced it was working with Deutsche Telekom on what it said was the first commercial deployment of SEBA as part of the service provider's Access 4.0 program. Radisys is also a member of Deutsche Telekom's Access 4.0 ecosystem, which includes chipmakers, virtual routing companies and white box vendors. Other named vendors include Barefoot Networks, Intel, Edgecore Networks, RtBrick and Broadcom.

While BT, Openreach, AT&T, and Turk Telecom have kicked the tires on SEBA, DT appears to be the first Tier 1 provider that is close to a deployment. AT&T, which contributed VOLTHA into the ONF three years ago, Turk Telecom and Telefonica are in trials with the VOLTHA adapter.

Last week, the Open Networking Foundation (ONF) announced the launch of its Continuous Certification Program, which includes certification for both SEBA and VOLTHA. Radisys is a community member of SEBA and VOLTHA and is currently evaluating the applicability of the ONF's new certification program, according to the spokesperson.

A key lynchpin for the new certification is the ONF's partnership with the Open Compute Project (OCP.) The partnership will include running the ONF's certified, open source software on OCP's cloud hardware. The Continuous Certification Program works in tandem with the OCP's Recognition Program and Marketplace for integrated hardware and software solutions. Over the next four to six weeks, the ONF will launch its own marketplace for certified hardware and software solutions.