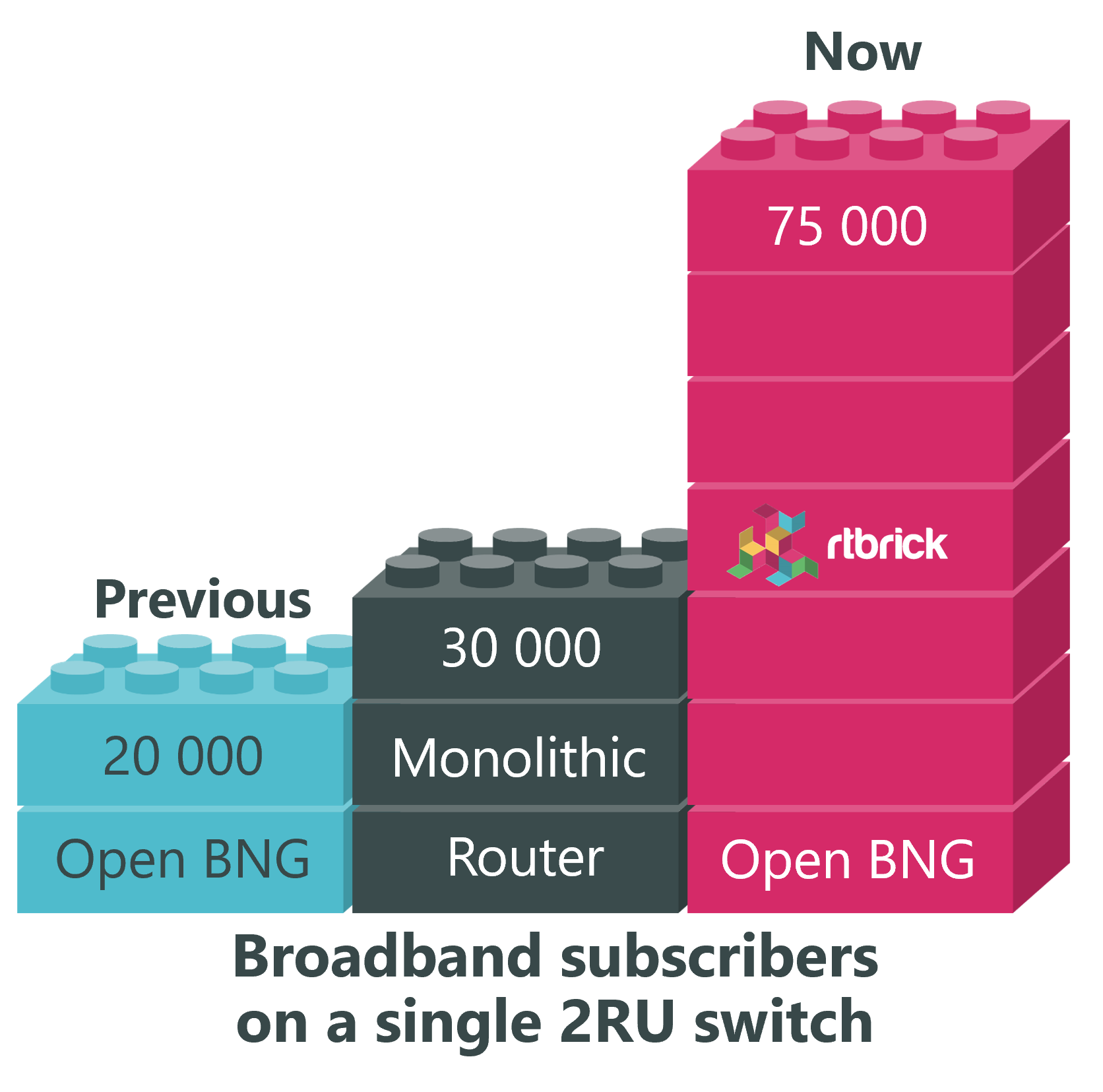 RtBrick has raised the bar on the number of broadband subscribers that can be delivered from white-box hardware. RtBrick has achieved this increase in performance by optimising the system resources on the underlying silicon and taking advantage of a new iteration of its RBFS software, known as RBFS Essentials.

Using bare-metal switches based on the latest Broadcom Qumran2C chipsets, RtBrick’s software can now terminate as many as seventy-five thousand subscribers on a single device, slashing the hardware costs associated with delivering broadband services. By comparison, conventional routers are limited to about thirty thousand subscribers on similar sized platforms, which usually cost far more.

“This is a big shift in the economics of the broadband industry,” said Pravin S Bhandarkar, founder and chief executive officer at RtBrick. “Some of our customers require complex service profiles, which come with performance and cost implications on the hardware. But many other operators just want to deliver high-speed internet services at low-cost. With white-box hardware and RtBrick’s new RBFS Essentials software, these operators can now deliver broadband services at huge scale using a BNG (Broadband Network Gateway) that costs far less than conventional systems.”

RtBrick has pioneered carrier routing software that runs on off-the-shelf hardware. It has applied the same approach to networks that the huge ‘cloud-natives’ have used to build and operate their web-scale IT services. RtBrick is a privately held company, incorporated in the USA, with staff located in Europe and India.