The End of Broadband Networks as We Know Them 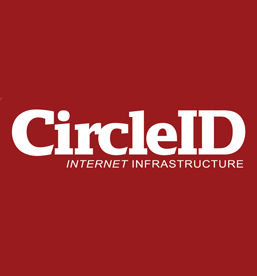 This article was published in Inside Telecom on November 24, 2020. You can read the original article here.

A group of major telecommunications companies — Vodafone, BT, Telefonica and Deutsche Telekom — recently announced something a bit unexpected. In the Open BNG Operator Position Paper, they call for a fundamental, industry-wide change to the way broadband networks are built. Specifically, they advocate for collaboration throughout the telco world, with a convergence around open broadband network gateways (BNGs). This open concept does not need to be limited to broadband networks, however, as mobile networks can benefit from the same strategy.The approach is also in sharp opposition to the way networks have been built for decades. The status quo relies on monolithic systems, where the software and hardware are tied together as a single entity — forcing telco providers to purchase their entire network system from a single vendor. In order to change the software, the hardware must be swapped out as well. This is what makes an open and disaggregated model so appealing. It allows networks to be upgraded and scaled much faster, in the same way that cloud native companies like Amazon and Facebook are able to quickly expand their infrastructure capacities.

Why have telcos finally embraced an open model?

The idea of building open networks is not new, and there have already been a number of pilots and initial use cases, including Rakuten's open RAN platform rollout in Japan, that can serve as an example and vision for the rest of the industry. However, the positioning paper is one of the first times that major industry players have joined forces to advocate for an industry-wide move towards an open and disaggregated network structure. This is an important step that's needed to move the shift forward, and one that should push further adoption of open BNG and open RAN in the coming year.So, what are the benefits to an open model that have prompted the push for open BNG? The telco providers cite several benefits, including:

Ultimately, the industry is acknowledging that the expensive and hard to maintain chassis-based systems are no longer practical. The need for change has only been exacerbated by the pandemic. With more people socializing online and working from home than ever before, traffic levels are increasing exponentially — with no sign of slowing down.Customers expect fast and reliable internet access. They also expect that their monthly costs will stay the same even though the amount of data they're consuming has increased sharply. This makes the need for scalable networks, that are cheaper to build than they have been using traditional systems, essential in order for legacy providers to remain competitive in this new normal.

Looking towards the future

As the industry begins to fully embrace open BNG, new innovation will flourish as more players enter the space. Disaggregating the software from the hardware doubles the opportunity for new vendors on both sides of the equation. It also expands opportunities for smaller vendors that specialize on one or the other, which also means more resources can go towards developing a superior hardware or software solution. It also frees the telcos to select the best hardware and software for their needs, without locking them into a single vendor.Traditional operators also need to contend with cloud-native players that are likely to enter the telecom space in the coming years. Companies like Amazon and Facebook have already disrupted a number of industries, from finance to ecommerce. Hitting closest to home for telco companies are the cloud-native companies that developed cloud computing networks like AWS and Azure. It's not hard to see the small leap they'd need to make to disrupt the telecom industry as well.If established providers take a page from their playbook and embrace a new, open model for network development, they'll be able to remain competitive for years to come. This is undoubtedly why we're now seeing public embracement of open-BNG and a call for collaboration from leading telco companies. In this space, the best is yet to come.