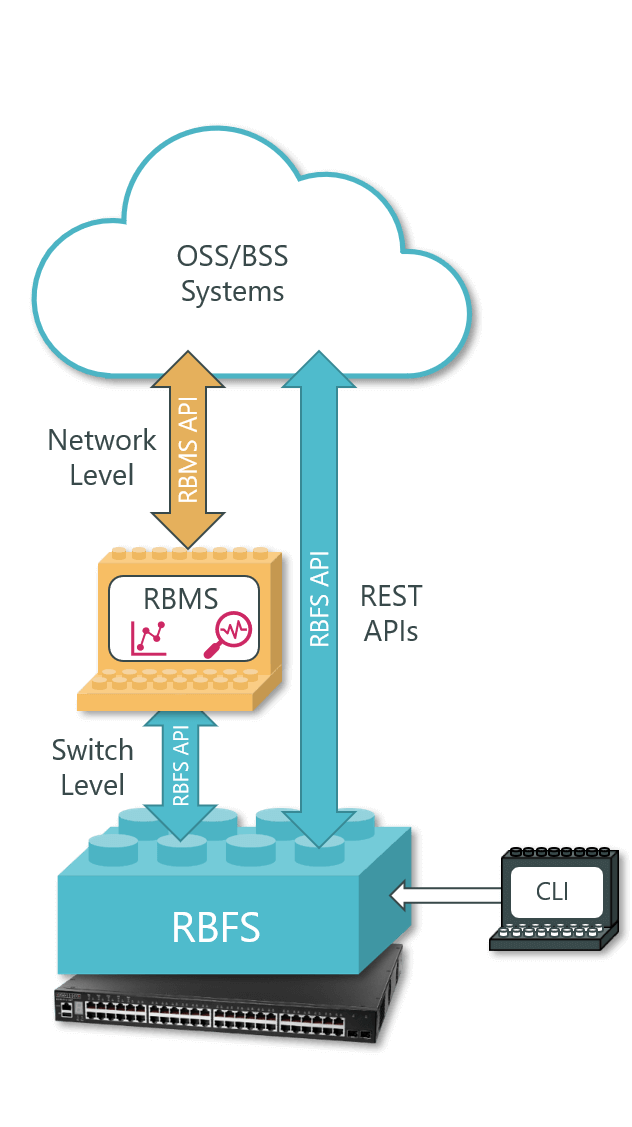 July 9 2020, Princeton, New Jersey – RtBrick has extended its cloud-native approach to telco networks by offering two new APIs (Application Programming Interfaces) into its software. RtBrick is already known for pioneering a radical new approach to carrier networks, by disaggregating MPLS routing systems. Now, for the first time, RtBrick’s APIs allow operators to control every attribute of their disaggregated broadband networks from external systems. They will allow operators to:

•           Unify network and IT operations via a consistent REST-based approach

The first of RtBrick’s new APIs opens up access into its RtBrick Management System (RBMS). This REST-based interface enables an overarching system to manage multiple vendors and types of equipment alongside the RtBrick disaggregated systems, selecting the specific RBMS GUIs (Graphical User Interfaces) that are required by the higher-level system.

RtBrick is also providing a switch-level API to control RtBrick’s FullStack networking software – the RBFS API. The RtBrick Management System uses this API to control individual switches but the RBFS API can also be exposed to higher-level systems, allowing direct access to the tables and objects in the routing software.

“RtBrick’s APIs will democratize the control of your network,” said Hannes Gredler, founder and chief technology officer at RtBrick. “Nothing is masked from the operator. There is no intermediate layer - you have access to every feature that you can control with a traditional CLI.”

The RBFS API allows operators to configure individual switches, deploy a mesh of switches, or even write applications that can respond directly to external events. Any system can access these new interfaces, whether it is another element management system, or an application written in Python or Go, for example. The RBFS API also comes with user authentication, which can control different privileges for different types of users.

“Giving operators the option of using APIs to control a disaggregated network means that we are not mandating any specific external tools or systems and giving operators an unprecedented level of choice and flexibility,” Gredler adds. “They can choose to use RBMS as an end-to-end management system, develop in-house controllers, or work with a third-party system integrator to accommodate their specific requirements. And adopting the same REST-based approach as modern-day IT systems is an important step towards a unified cloud-native operating environment.”

RtBrick will also continue to provide a conventional CLI into its systems, to support more traditional operational processes.

Both RBFS API and RBMS API are available now. More information can be found at rtbrick.com

The information was submitted for publication