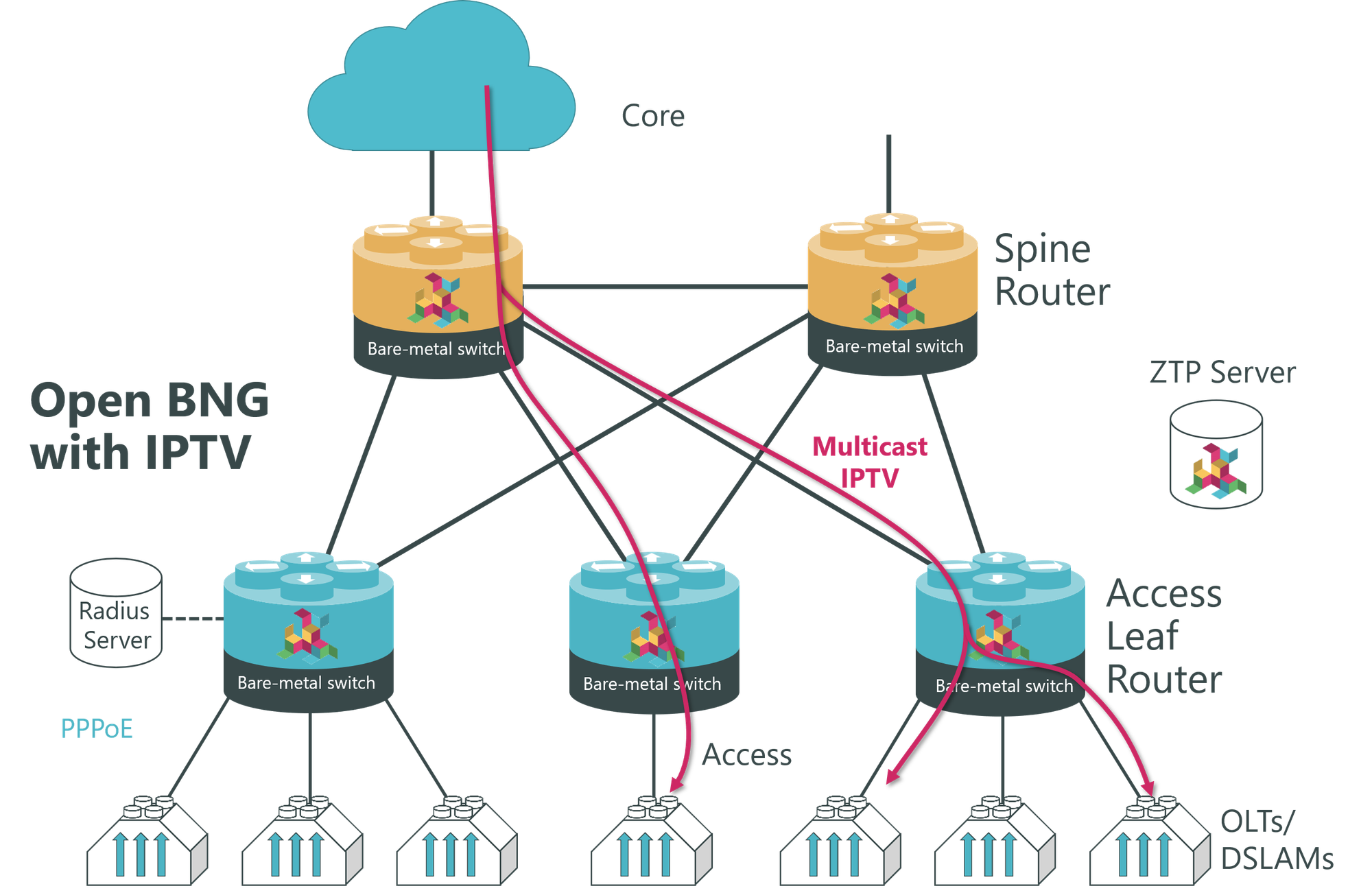 October 27, 2020, Princeton, New Jersey – RtBrick has added support for IPTV services into its pioneering open BNG (Broadband Network Gateway) routing software. This means that carriers can now deliver even more services over a ‘cloud-native’ network, using off-the-shelf hardware and their choice of software, to deliver greater flexibility at a fraction of the cost of traditional networks.

“As carriers evolve to a cloud-native way of building and running their networks, it’s critical that they can still support their existing service portfolio,” explained Hannes Gredler, founder and chief technology officer at RtBrick. “IPTV is an important service for many operators and requires specific multicast features in the BNG. These features are currently being provided by monolithic legacy routing systems, so it’s important that we can replace them in our software solution, but without the constraints of the existing proprietary systems.”

“Delivering an IPTV service over merchant silicon involves careful interworking of control and data planes,” added Gredler. “The combined system needs to deliver a high level of performance under all conditions to deliver the experience that subscribers expect.”

RtBrick’s open BNG is the first use-case of its FullStack routing software, which aims to bring the benefits of cloud-native infrastructure to carrier access networks. The software runs on merchant-silicon hardware, transforming it into carrier IP/MPLS infrastructure.  It’s already being deployed and tested by some of the largest telecommunication providers in the world as they transform their broadband networks by disaggregating network software from hardware.

To learn more about RtBrick’s revolutionary approach to networking and the newest features of its BNG routing software, visit rtbrick.com.