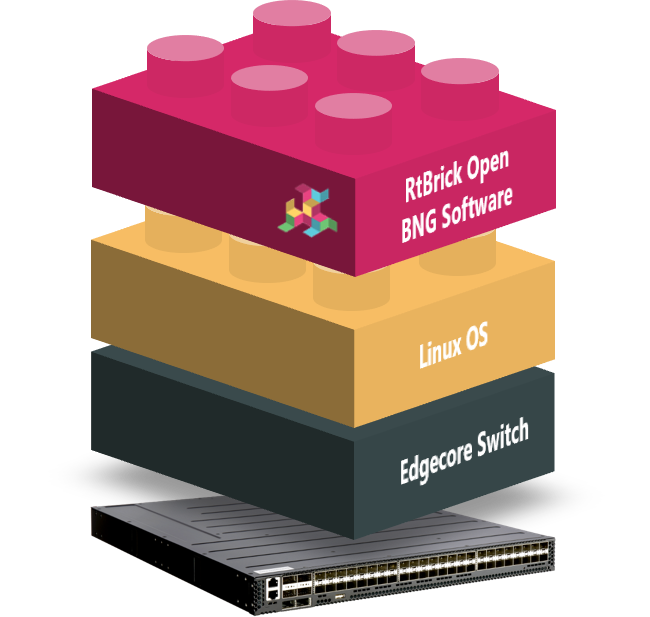 It was developed in response to customer demand for an open BNG, and has now been validated in customer labs and trials. A recent announcement by carriers such as BT, Deutsche Telekom, Telefonica and Vodafone about the Open BNG initiative calls for more flexible disaggregated BNG solutions, exactly like those delivered by RtBrick and Edgecore.

“Broadband networks are critical infrastructure and carriers are requiring open, programmable, and cost-effective solutions for next-generation deployments,” said Matt Roman, VP of product management and marketing, Edgecore Networks. “RtBrick is the forerunner in carrier-scale BNG software. We are pleased to partner with RtBrick to provide carriers this open networking option.”

“Our customers want the flexibility to select the best software and hardware independently from one another,” said Pravin S Bhandarkar, founder and chief executive officer at RtBrick. “Combining our BNG software with Edgecore’s powerful bare-metal-switches allows them to build lower-cost broadband networks that can be fully automated via open interfaces.”

A disaggregated approach to networks, with open software and hardware from different vendors, has become possible in part due to the high performance that is now available from merchant silicon, such as that from Broadcom, which provides the chipsets used in the Edgecore switches.

“Open computing platforms have revolutionized the way large cloud providers build and run their IT infrastructure,” said Oozie Parizer, senior director of product management, Core Switching Group, Broadcom. “Now we’re seeing telcos wanting to adopt the same approach for their networks. The combination of RtBrick’s software with Edgecore white-box switches, using Broadcom’s Qumran chip portfolio, is a great example of how software and hardware from different vendors can be brought together to create an open and flexible cloud native telco network.”

RtBrick’s BNG software is the first use-case of its FullStack IP/MPLS routing software. The FullStack software runs as a software container on a Linux operating system in the Edgecore switches, which are capable of line-rate 800 Gbps Layer 2 and Layer 3 switching. Broadcom’s Jericho and Qumran devices are the only merchant silicon products targeting this exact use-case, which requires per subscriber metering, shaping, statistics and telemetry, enabling tens of thousands of subscribers on each system. Multiple switches can be combined to support hundreds of thousands of subscribers using a leaf and spine architecture, with RtBrick’s ZTP (Zero-Touch-Provisioning) and REST-based APIs exposing all of the physical attributes of the hardware to higher level systems.